Home Our Stories Have You Heard The One About The Flood? 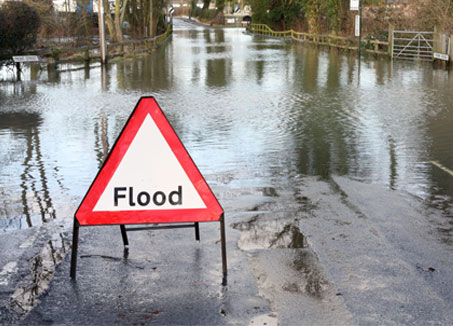 What do you get when Stream Claim Services, a Chief Fire Officer and a local training college get together? Great customer service – no joke!

Being trapped in a foot of water when you are elderly and immobile was definitely no joke for a husband and wife couple trying to cope with the consequences. One of our claims handlers had no idea of the scale of the task until he spoke to the Chief Fire Officer who was also at the scene trying to limit the damage. An ambulance was the best transport solution for the couple but unfortunately, as paramedics were needed and they are unable to work in flood water, it was all looking pretty grim.

That is, until the claims handler from Stream found a medical emergency training college in the local area. After he had explained the situation the college managed to have a vehicle at the customer’s house 20 minutes later. Once checked over, the couple were taken to a local hotel.

But it didn’t end there.

After arranging for temporary nursing home accommodation to be provided we were once again faced with the problem of specialised transport being needed. This time the college was not able to help but the Stream team were able to source a private ambulance company who rode to the rescue and provided the solution needed.

Creativity, diligence and never taking no for an answer. Just a few of the attributes typical of the Stream claims handling teams.